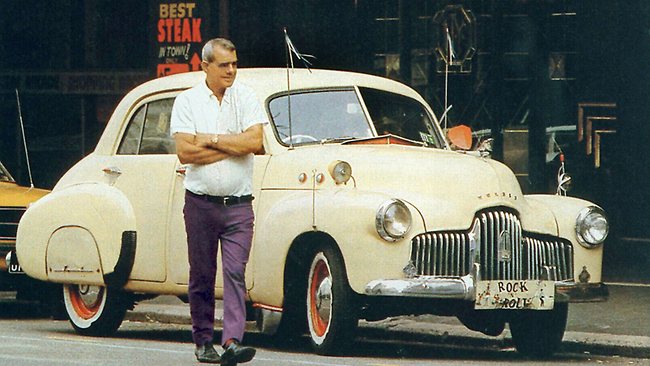 For 60 years, George Kiprios, aka Rock ‘n’ Roll George, drove his beloved Holden 48-215 around the streets of Brisbane.

Regular as clockwork he cruised the city, radio blaring and wearing his trademark purple stovepipe trousers. As he and the car aged, George became a local legend, a classic character who was a constant in a city undergoing rapid change.

To fill in the gaps in the mystery about just who this old rock and roller really was, stories emerged around George. Fact and fiction became part of the mystique.

A new display at the Queensland Museum explores the different versions of George that have featured in the city’s collective imagination of those who knew George, as well as those new to his story.

Rock ‘n’ Roll George’s car will form the centrepiece of the display. To provide visitors with a unique opportunity to see behind the scenes and discover the intricate scientific processes involved in looking after the now-fragile vehicle, museum staff will undertake detailed conservation in the gallery.