If you haven’t visited any of these popular theme parks before, it’s time to discover the latest attractions and rides, so we’ve put together a list of the major theme parks, just ask at reception. 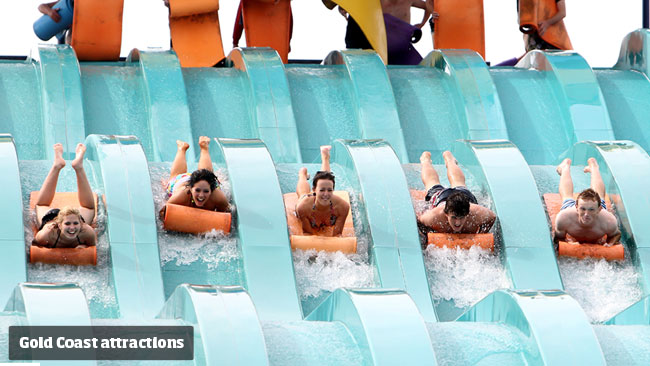 With twisting waterslides, pools of all shapes and sizes, dive-in movies (limited times during summer) and much more, it’s popular with kids old enough to swim with confidence and teens looking for active fun.

Those under 10 years can play at Buccaneer Bay but thrillseekers should check out new ride AquaLoop which begins when a trap door is released, plummeting the rider into vertical free fall and then up into a transparent looping slide! 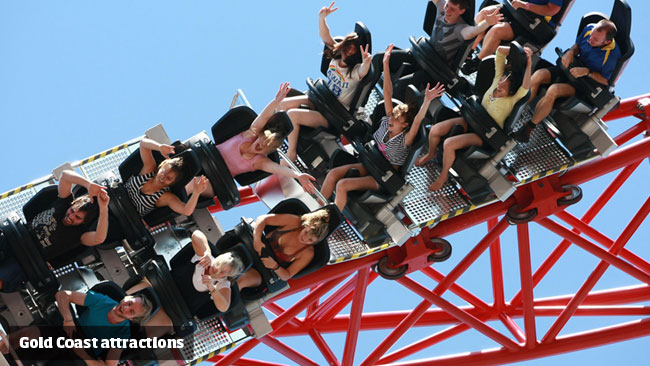 This theme park is the first one you’ll see driving south on the Pacific Highway, 45 minutes from Brisbane.

Dreamworld has grown considerably over the years and includes dozens of rides and attractions for all ages. There’s the heart-stopping Giant Drop as well as the Tower of Terror, which has been relaunched and reloaded in reverse, rocketing thrillseekers backwards out of a 206m tunnel at rapid speed (up to 161 km/h).

There are plenty of rides for littlies too, or those who like a ride on the tame side. Tourists to Australia will enjoy the Australian Wildlife attraction and everyone loves the big cats on Tiger Island. 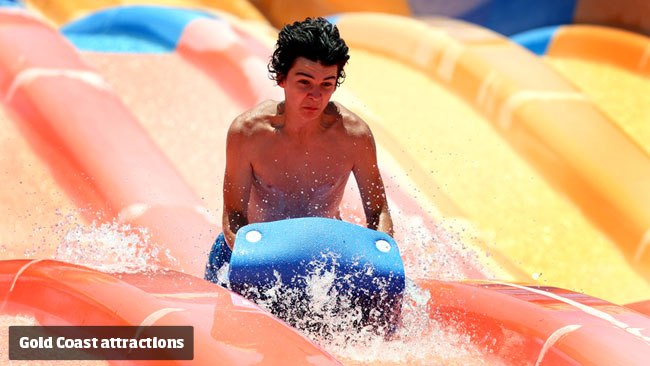 On the many warm days in Queensland, there’s nothing better than flying down a waterslide and gliding into a cool pool.

WhiteWater World has waterslides, a wave pool and many other ways to get wet and have fun at the same time. In winter, the water is warmed and in summer, there’s plenty of shade.

You can buy a separate or combined ticket with Dreamworld entry. 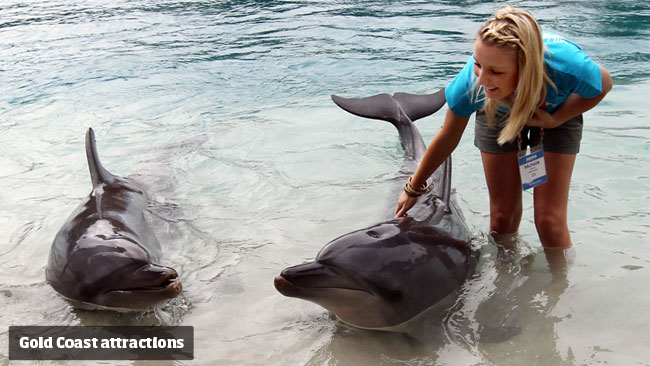 The dolphins and marine animals of Sea World live further south at Southport (on the northern end of the Gold Coast).

Sea World is famous for its amazing dolphin and waterskiing shows but the family will also love the chilled out antics of the polar bears, penguins and seals. There are rides for all ages and thrill levels but the Sea World experience focuses more on the sea and all its creatures.

If you want to buy a few added extras, take a helicopter ride or pre-book one of the amazing animal adventures. These include swimming with sharks, playing with dolphins and more. 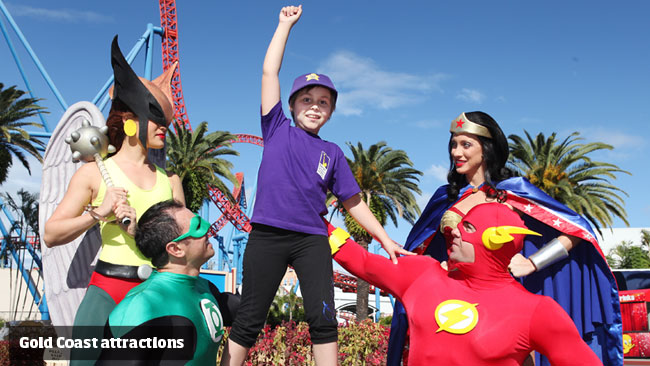 Movie World is for anyone who loves the movies – and who doesn’t?

Take the Batman ride, get spooked with Scooby-Doo and have a 4-D movie experience of Shrek. There are stores to buy merchandise featuring your favourite flick or cartoon character. Or be part of the audience for the musical shows acted out on the streets.