Your guide to a night of Christmas carols and reflection 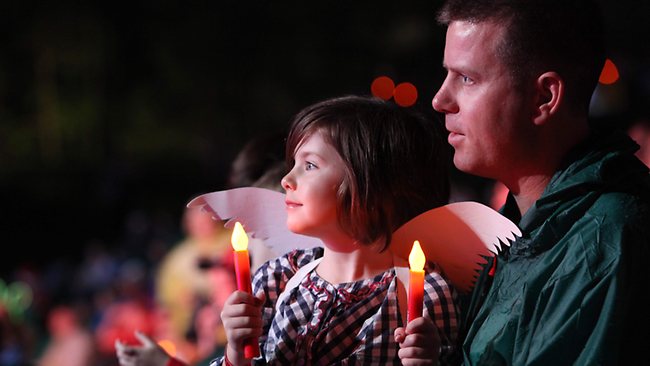 QUEENSLAND SPIRIT: This year’s Lord Mayor’s Carols in the City will remember those who lost everything in the Queensland floods.Pic Jono Searle Source: The Courier-Mail

THE producer of this year’s Lord Mayor’s Carols in the City refuses to check for rain despite last year’s drenching.

Leisa Barry-Smith, 41, of Keperra, who has pulled together the December 10 concert, says everyone hopes Queenslanders will be able to enjoy the annual event without getting wet this year.

“I’m ignoring the weather report for that day,” Barry-Smith says. “It’ll either get my hopes up or make me cranky.”

This year’s Christmas carols at Brisbane’s Riverstage will have something for everyone, with dance performances and entertainers including Paulini, Marina Prior, Tenorissimo, Justice Crew, The Idea of North and Colin Buchanan.

A special tribute to the summer of disaster will be acknowledged during the concert when country singer Troy Cassar-Daly and his wife, Laurel Edwards, of Brisbane, perform River Runs.