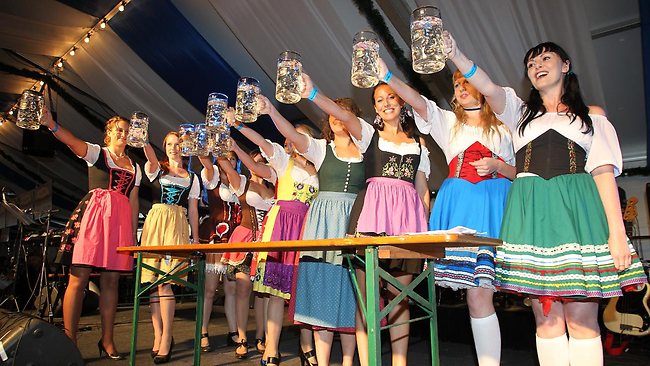 Brisbane Backpackers !!!! get to this…..
ORGANIZERS of Brisbane’s annual Oktoberfest festivities on the national map, by making this year’s event the largest beer fest in the country.

The target comes as the original Munich Oktoberfest – which the Brisbane festival is loosely taken from – celebrates its 201st anniversary.

In a bid to become the country’s number one beer festival, Oktoberfest Brisbane 2011 will this year be held in massive 80m tent, holding more tables and benches, and offering better stage views.

The event’s Bavarian Corner has also been enlarged, as has the beer garden.

It aims to celebrate the best of German and Australian culture with food outlets, stalls, rides and kids’ activities.

WHERE: RNA Showgrounds, Bowen Hills, Brisbane. (Please note that entry can only be made via the Gregory Terrace gates.)