Go West! If your tiered of the sun, sand, and surf, if you have had your fill of the theme parks then head West to the Queensland Out Back. Grab a few friends, hire a 4WD and discover another side of  Australia. Ask us how at reception. 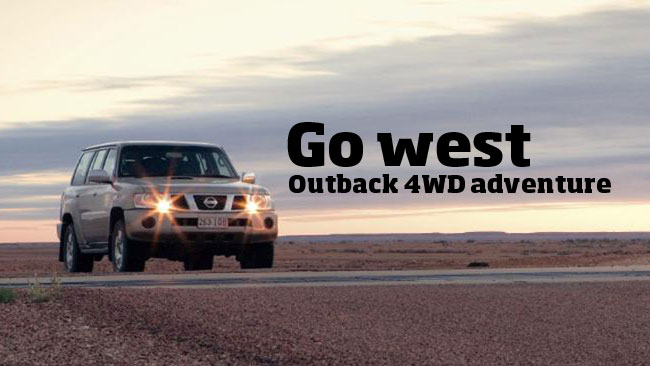 FULL OF SURPRISES OUT BACK

Nothing clears your mind like endless plains of nothing. However, if you think that is what Outback Queensland is all about, you would be wrong. Sure there are plenty of flat plains but if you check every five minutes you will notice you have subtly shifted into new scenery; from grassy plains to dusty gibber-strewn desert, to sandy ridges, to rocky shelves.  And there is a host of surprises out there such as gorges that suddenly open up in the ground, bore-fuelled springs that attract life in the middle of barren pastures and man-made oases centred on a pub and a truck stop. Mark Hinchliffe takes you out west by four-wheel-drive. 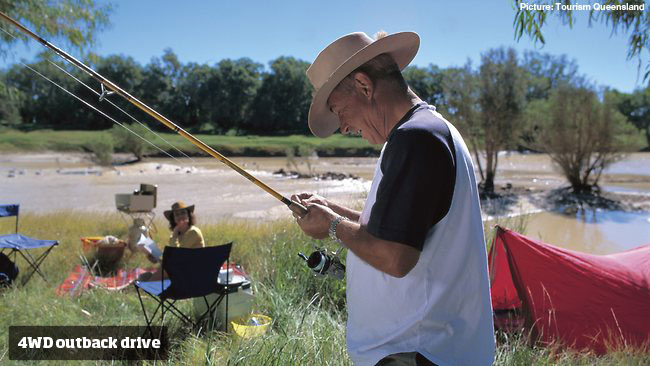 Our trip out west starts in the Channel Country at Windorah, which is the last stop for fuel for almost 400km. The town runs on solar power and you will see the large satellite dishes that follow the sun as you come into town from the north and east. You can camp by Cooper Creek and explore the desert dunes around the town. The blind service station attendant will stun you with his versatility, fixing a punctured tyre or just totalling your fuel bill. At the Windorah Hotel Motel, the steak is so big they fold it over, a general store with essential provisions and a fast-food service, and you can even get a latte at the coffee shop. 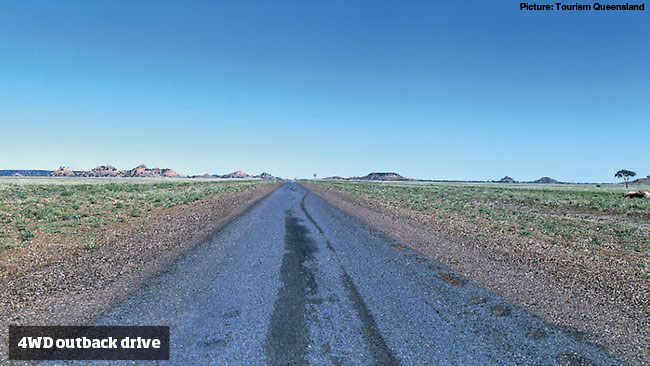 West of here the bitumen peters out in about 100km, where you can step off to Innamincka, Birdsville or Bedourie on the dusty and corrugated development tracks. The condition of these roads changes quickly and depends on the season. In the dry season they can get churned up by grey nomads, Birdsville Races tourists and road trains, but most cars with some clearance will get through. In the wet they are almost impassable except by four-wheel drive and expert driving. 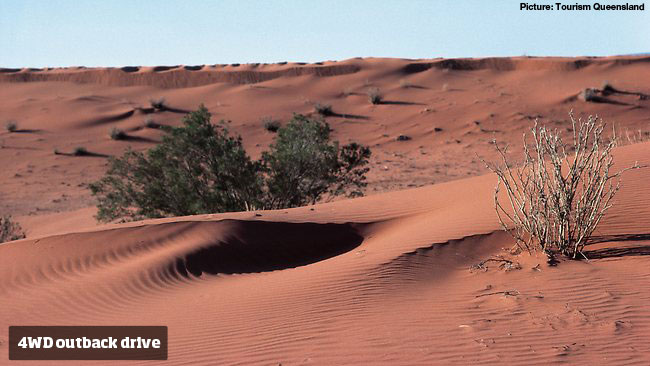 As you head to Bedourie, you skirt the northern reaches of the Simpson Desert with its long, regimented orange sand dunes. They are worth exploring, but stay off them with vehicles, unless there is a posted track. The sand is very soft and you can easily get bogged. There is fuel at Bedourie, where the desert sands seem to want to claim the bitumen streets back. 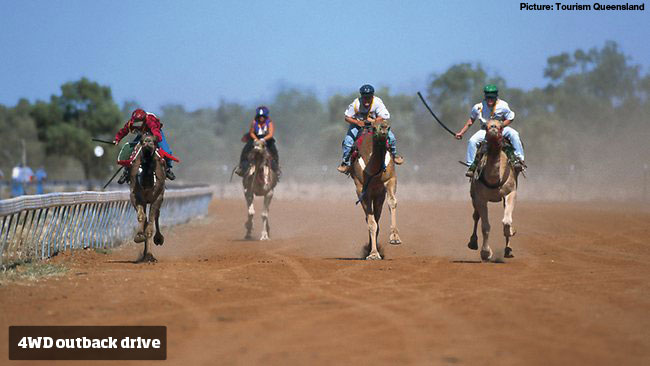 North to beautiful Boulia, on the banks of the Burke River, the road is mostly bitumen. Boulia, famous for its July camel races, has a few motels and a caravan park on the river bank. But there is only one hotel and one restaurant, so book early. At night try to see the ghostly Min Min Lights in the sky and visit the tourist centre for more information on this astral phenomenon. Using Boulia as your base, you can head west on the Donohue Highway towards the Northern Territory border or explore the pastures, mines and ranges to the north east. 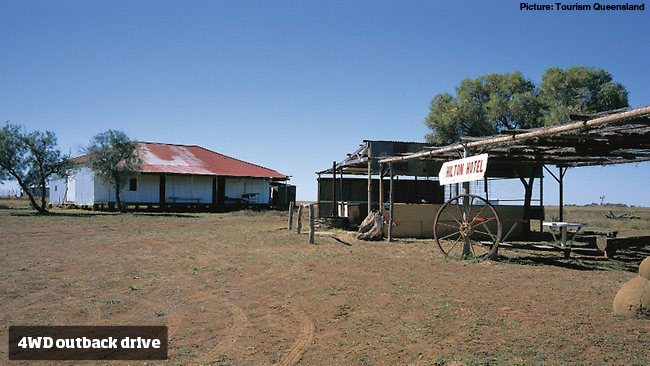 The drive east on the Kennedy Development Road to Winton is one of the prettiest in Australia and the road is mainly good-condition bitumen although it’s narrow in places. The views of the ruddy ranges on both sides are reminiscent of the deserts of Utah. Half way along, stop off at Middleton and have a beer and a chat with the barefoot barman and see his grand-daughter crack two whips simultaneously. 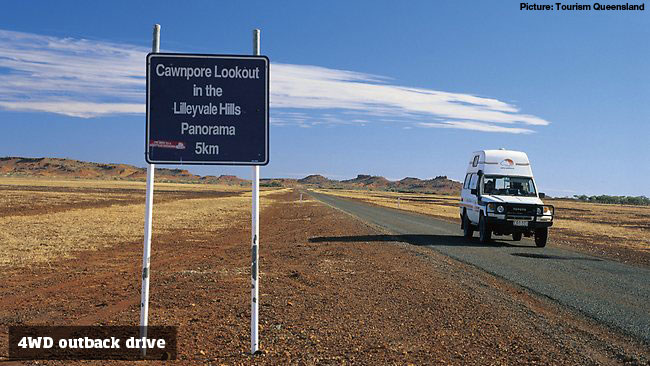 East of town look for the Middleton Arch rock formation on your right. Stop at the Cawnpore Lookout at Lilyvale Hills and take in the panorama that looks like a large Albert Namatjira painting. Otherwise, out of Bedourie, take the dirt Selwyn Rd due north toward Cloncurry into the stunning Selwyn Range. You will cross many creeks, but they are all concreted, and you will go through many property gates. As you head north the road widens, but it becomes rougher with heavy corrugations and bulldust traps carved by mine trucks. Stop at the Curry River and you could catch a yellowbelly.